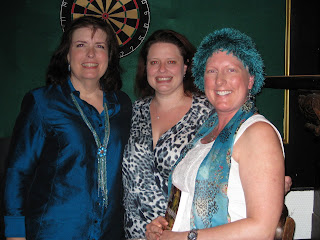 Thank you, Thank you to all of the guests who came out to share in an evening of great romance, fabulous company and worthy causes! Lady Jane's RDU opened last night with a bang!
We were so lucky to have such wonderful readers at our inaugural salon. Here they are: Sabrina Jeffries, Lydia Dare and Heather McCollum.
We had a great turn out--a real crush, in true historical romance fashion! 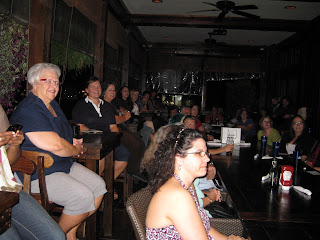 Here are the directors of the Salon along with our fabulous first readers: 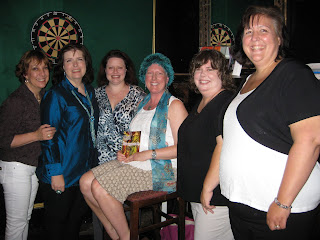 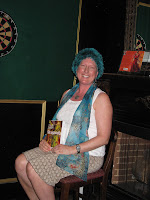 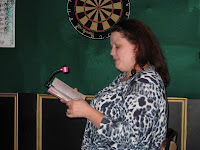 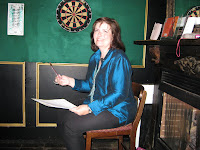 Thanks to you all the Wake County Library system is richer with romance, and the Shout Against the Whisper campaign will continue to help fund research to fight ovarian cancer.
We hope you will join us next month! October 26 will be an evening of Paranormal Romance with Aimee Laine, Jenna Black and Virginia Kantra!
Posted by Deb Marlowe at 9:02 AM No comments:

We at Lady Jane's Salon Raleigh-Durham are so excited about our inaugural salon this month! As we finish our last minute preparations, we thought we'd give you a brief glimpse of what this month's salon has to offer... 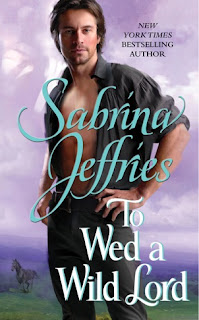 New York Times Bestseller Sabrina Jeffries will read from TO WED A WILD LORD, the 4th installment in her Hellions of Halstead Hall Series. (This will be a real treat for us since this particular book won't be released to the general public until November 22nd.)

Like everything daredevil Gabe does, pursuing Virginia Waverly is a high-stakes game. Ever since her brother, Roger, died racing Gabe, Virginia has yearned to take her revenge on the reckless lord by beating him at his own sport. But when she challenges him to a race, the hellion called the “Angel of Death” counters with a marriage proposal!

Gabe knows Virginia's family is in dire financial straits—why shouldn’t she marry him and solve both their problems? She claims to be appalled by his proposal, but her response to his kisses says otherwise. So when the two begin to unravel the truth behind Roger’s death, Gabe takes the greatest gamble of all, offering the courageous beauty something more precious than any inheritance: true love. 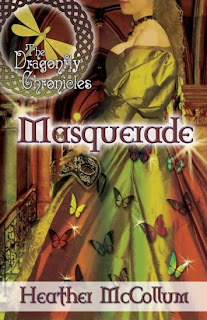 Heather McCollum will read from MASQUERADE, the third book in her Dragonfly Chronicles series.

The Dragonfly Chronicles
Orphanage director by day, jewel thief by night. Using her magic to rob from the rich to keep the orphanage running seems like the perfect solution until Kat steals from the wrong man, a man who sees through her magic, a man who can see the scars she hides from the world.

Toren MacCallum is cursed. An old witch tore him from his sixteenth century world and threw him into the twenty-first century. But he’s found an ancient dragonfly necklace to bait the witch to return him to his time. For he must find a way home to save his sister and his clan from disappearing off the pages of history.

When a mysterious woman steals the necklace in front of a hundred witnesses, the witch, followed by a storm of demons, sends Kat and him to Elizabethan England. Toren agrees to return the necklace, but he won’t give up the greater prize, the thief who’s stolen his heart.
~ * ~ * ~ * ~ 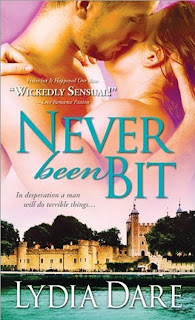 And Lydia Dare will read from her newest release NEVER BEEN BIT, the final installment in her Gentlemen Vampyres series.

The glittering world of high society is the playground for the rich, titled, and reluctantly undead...

Alec MacQuarrie's after-life has become an endless search for pleasure in an effort to overcome his heartbreak and despair. Wandering through the seedy world of London's demimonde, he's changed into a dark and fearsome creature even he doesn't recognize until he stumbles into a magical lass he knew once upon a time and sees a glimpse of the life he could have had.

But the ton is no match for one incorrigible young lady...

After watching each of her coven sisters happily marry, Sorcha Ferguson is determined to capture a Lycan husband of her very own. When she encounters Alec, she decides to save her old friend from what he's become, all while searching for her own happily-ever-after.

Over his dead body is Alec going to allow this enchanting innocent to throw herself away on an unworthy werewolf, but that leaves him responsible for her, and he's the worst monster of them all...
Posted by Lydia Dare at 1:42 PM No comments: