We had an amazing time at our September Salon--with much laughter, great food and fabulous readers!

Claudia Dain started us off right, reading from Chasing Miss Montford from the An Encounter at Hyde Park anthology. 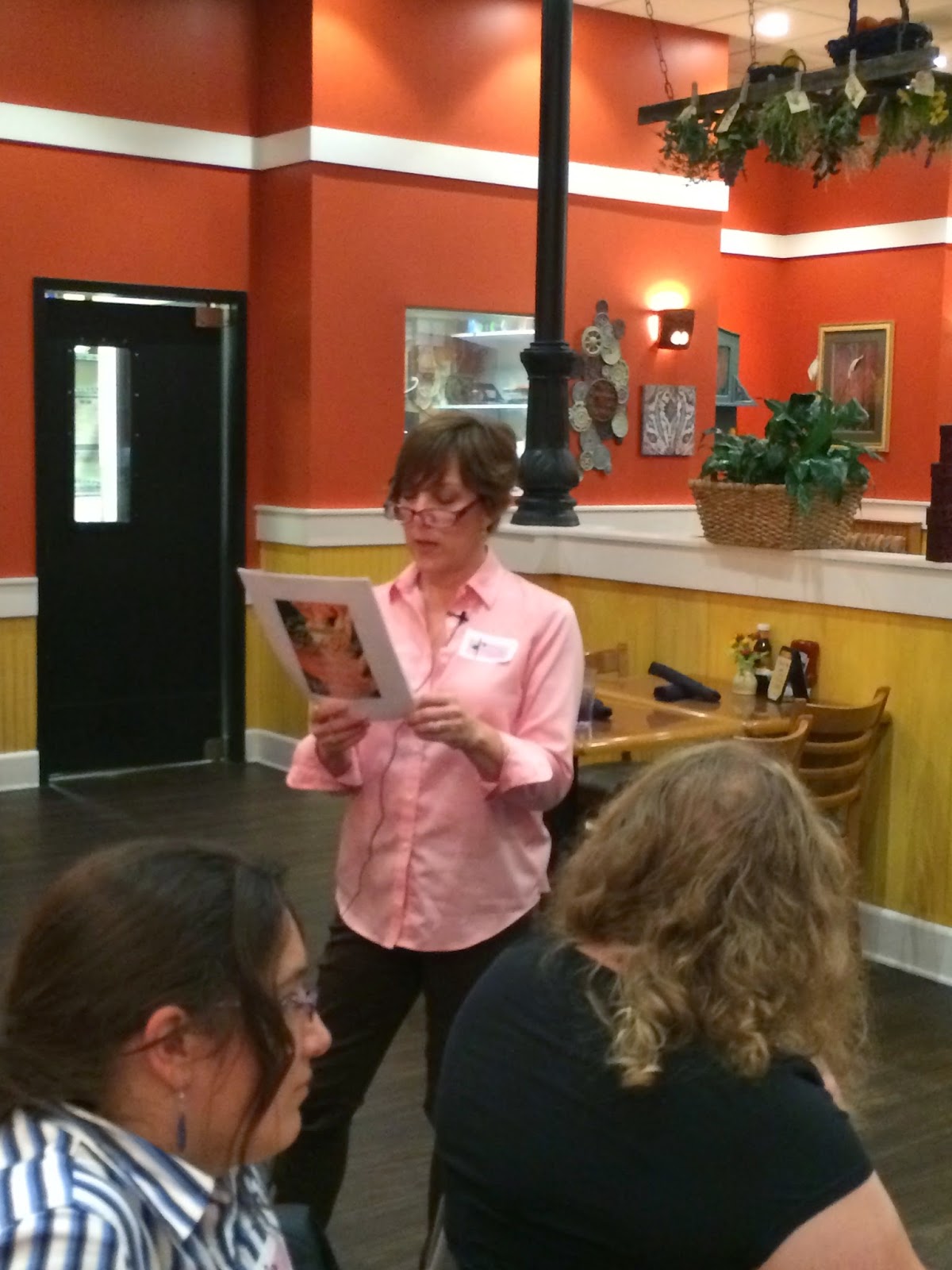 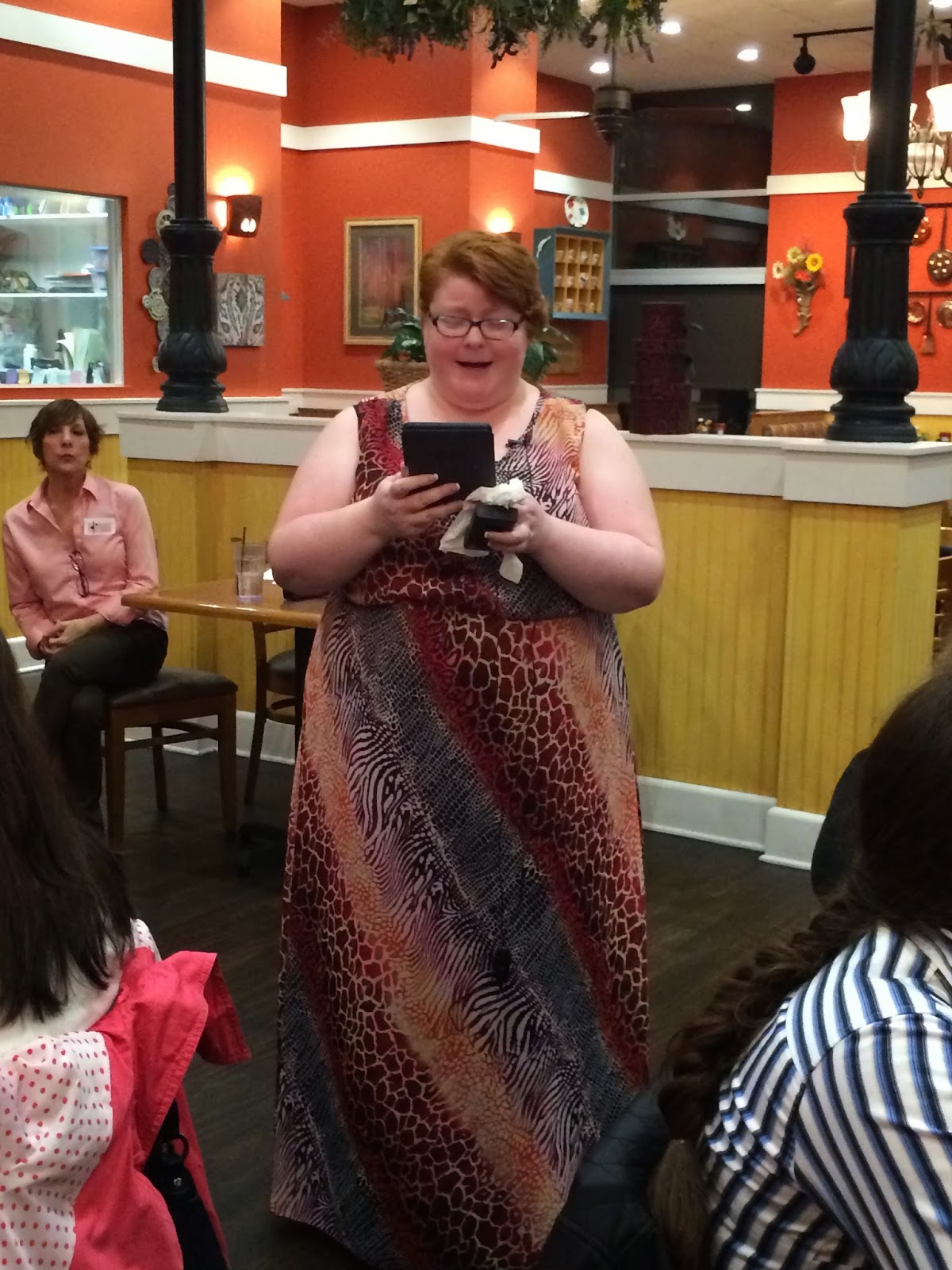 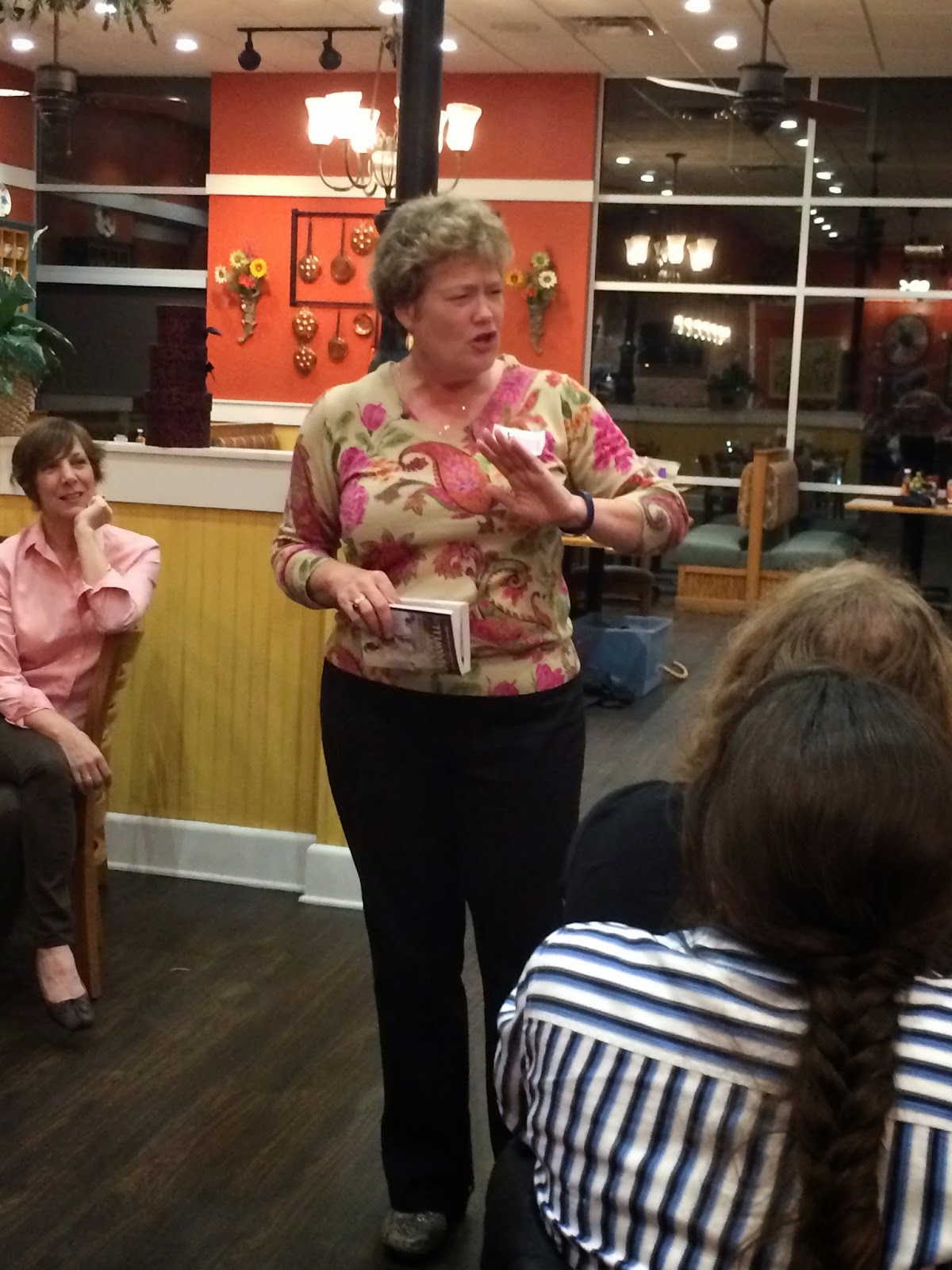 Our Readers and Directors: 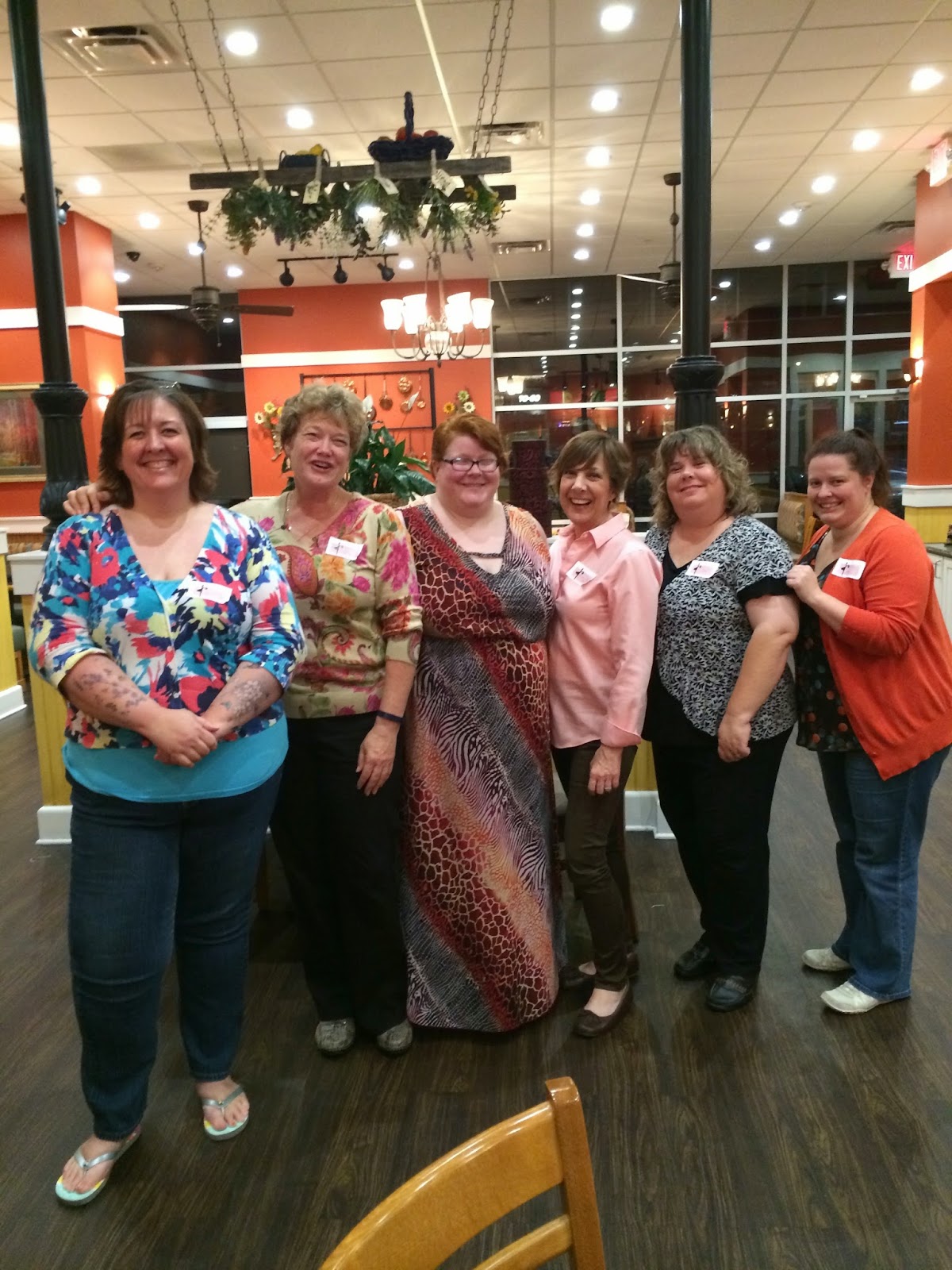 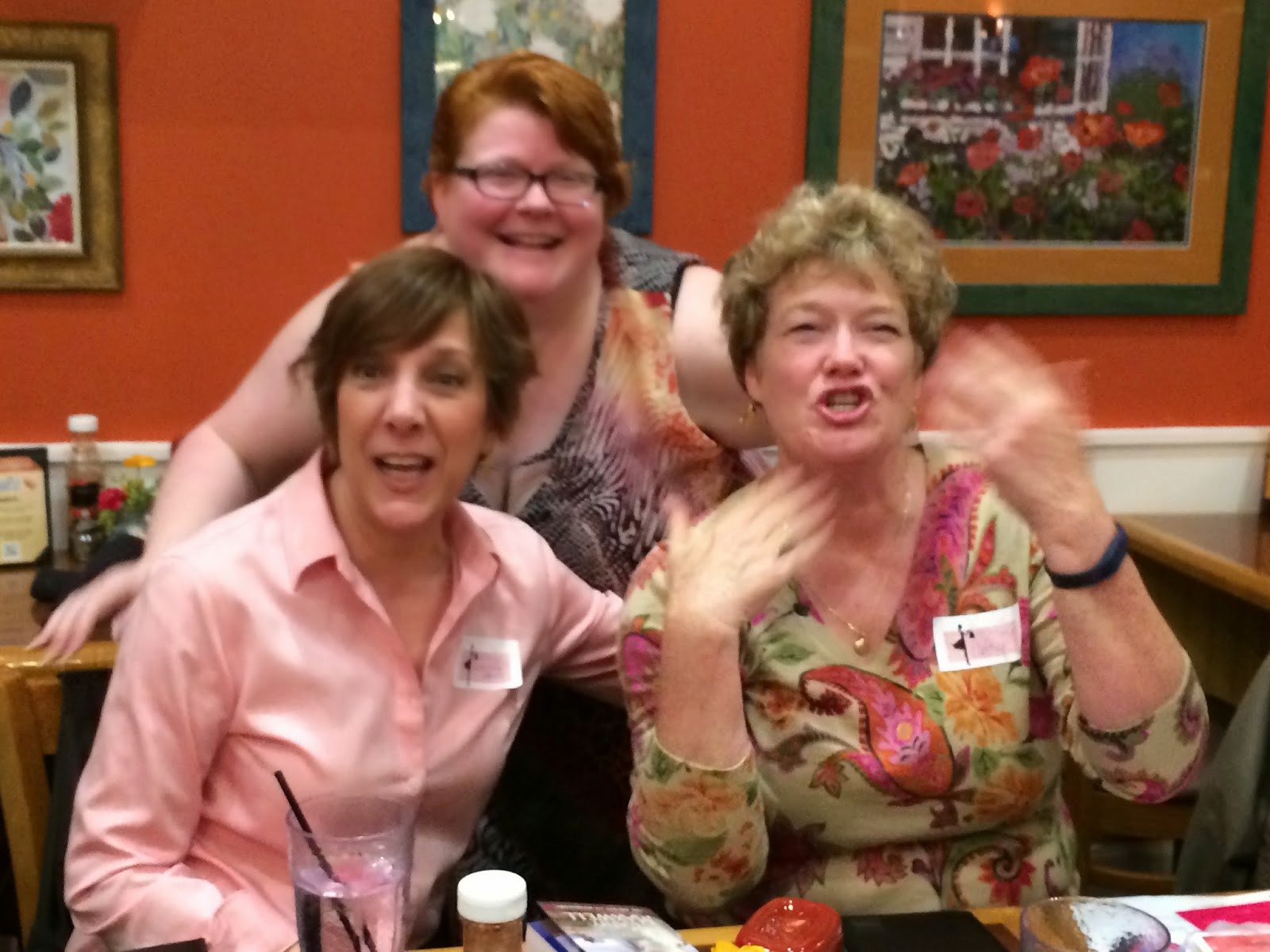 Everyone who knows Tammy Falkner knows why this was so funny!  :-) 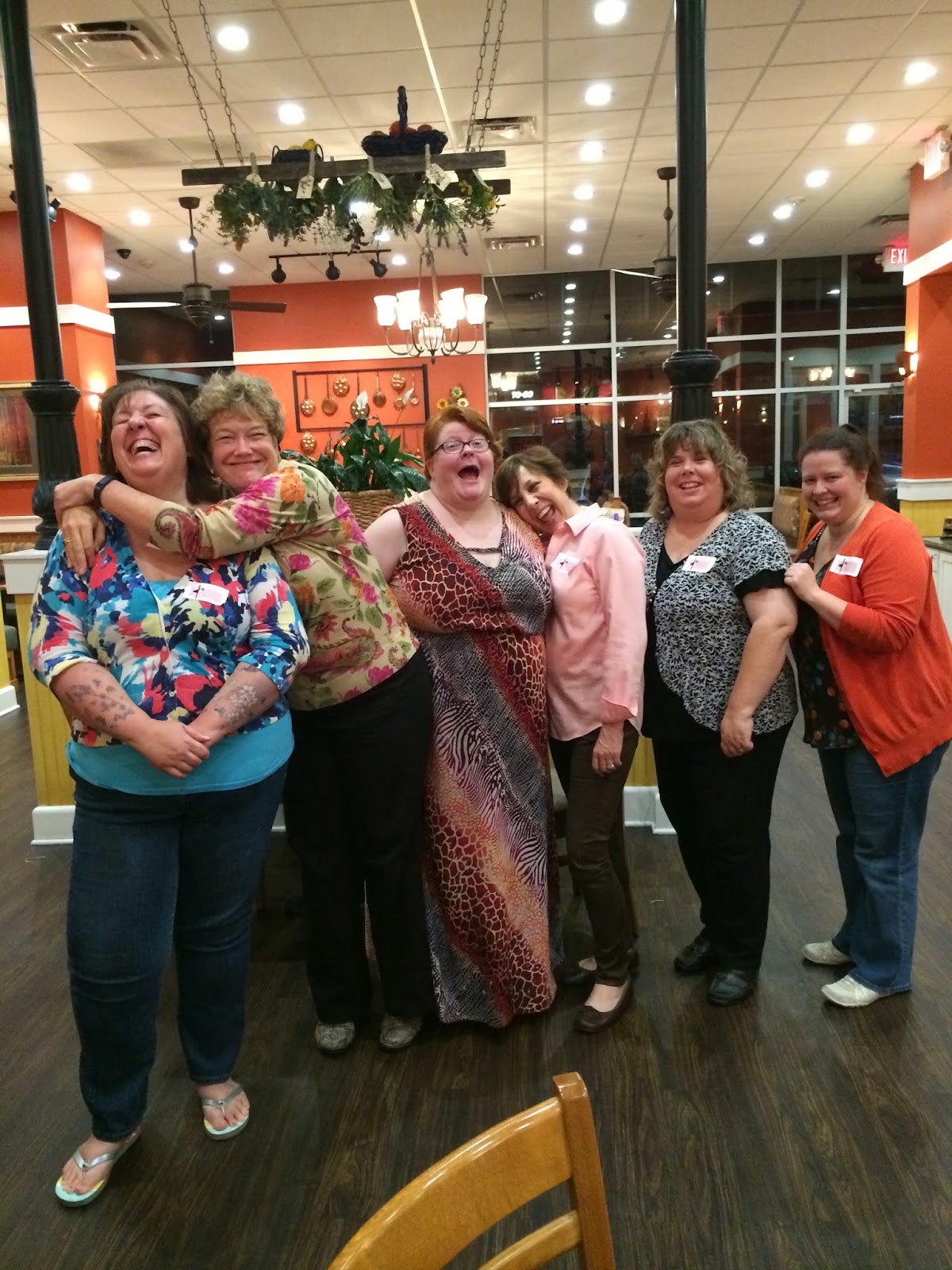 Thanks to everyone for braving the rain and lighting up our evening!
Posted by Deb Marlowe at 9:00 AM No comments:

Fall in Love at this Month's Salon... 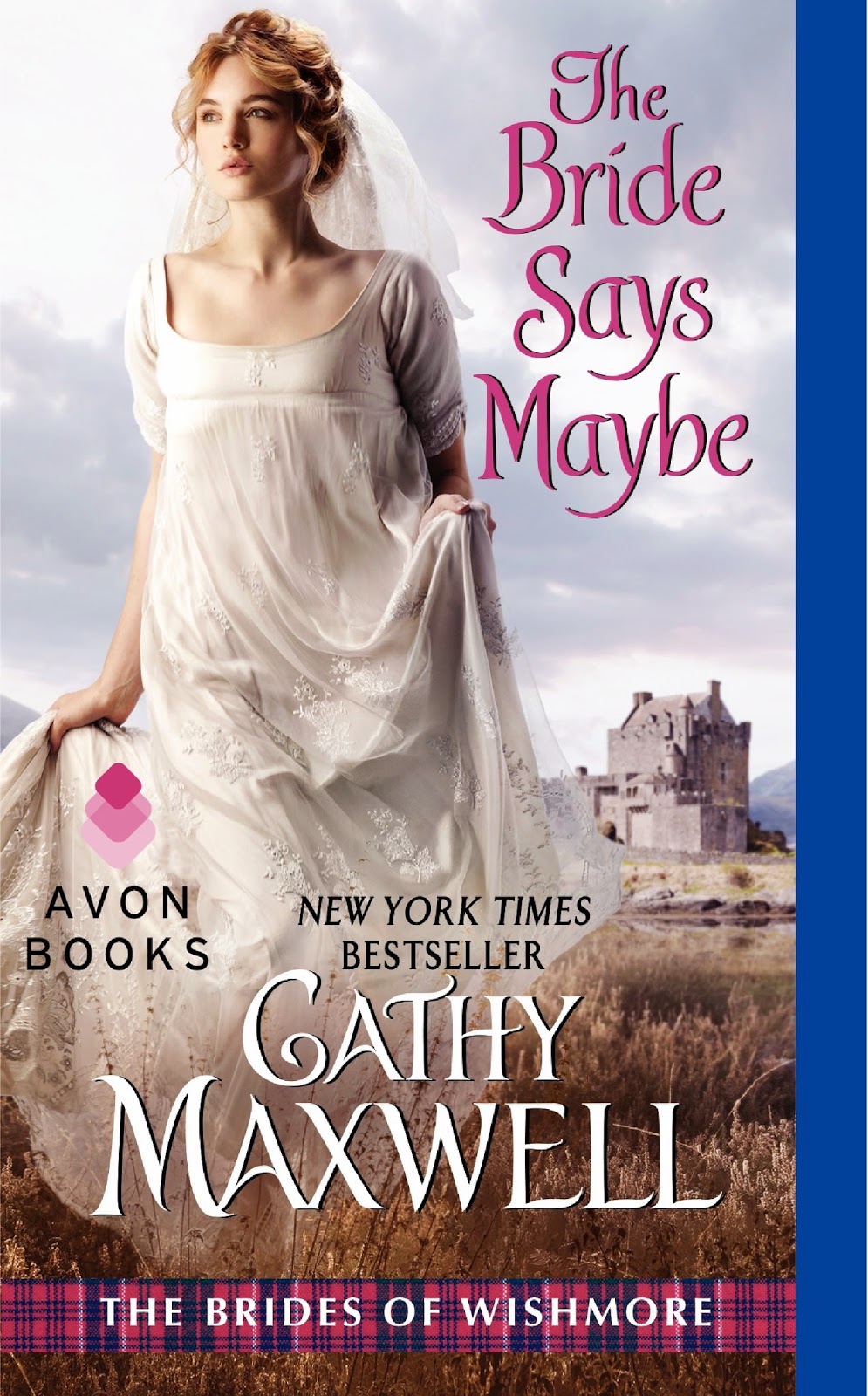 New York Times bestselling author CATHY MAXWELL will read from THE BRIDE SAYS MAYBE from her Brides of Wishmore series...

Lady Tara Davidson had once been the toast of London, but now scandal has brought her down.  Still, pretty, petted Tara can't believe her new fate  She had wanted to marry for love, but her father has promised her hand to none other than Breccan Campbell, the "Beast of Aberfeldy" and laird of the valley's most despised clan.

Breccan Campbell is nobody's fool.  He knows that Tara is trouble.  Yet he is determined to reform the Campbell name even if it means forging an alliance with the arrogant beauty.  Still, since the first moment he laid eyes on her, he has wanted her, and not just in name only.   But can any woman truly fall in love with a man they call the Beast?

CATHERINE GAYLE will read from TAKING A SHOT, the latest novella in her Portland Storm series... 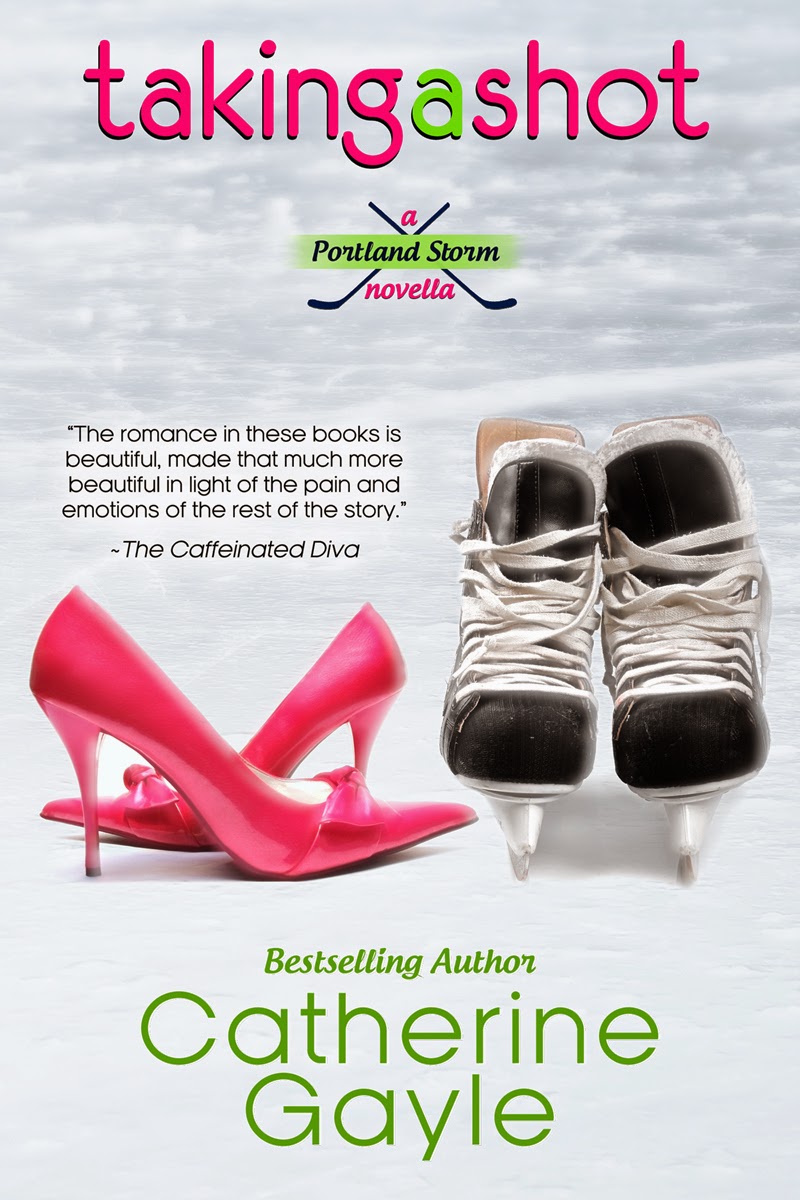 Katie Weber has lost her health due to leukemia, and now her chemotherapy treatments have taken her hair. She’s not about to show up to her senior prom bald and let her classmates steal her dignity, too. Prom is no place for a girl who looks more like an alien than a high school student, especially when her so-called friends all dropped her like she had the plague at the first mention of the word cancer. Katie could never get up the courage to ask Jamie—her crush for almost two years, ever since he joined her dad’s pro hockey team—to take her. Not with the way she looks now. Besides, her dad would absolutely murder him.

Jamie Babcock knows its bad news to fall for his Portland Storm teammate’s daughter, but he’s had a thing for Katie since the first time he met her when he was just a wide-eyed, eighteen-year-old rookie. Now cancer might take her away before he ever grows the balls to do anything about it, though. Her father won’t be happy about it, but Jamie has to take a shot and ask to take her to her prom. It seems like Katie has just about given up, and he can’t let her go without giving her some good memories…something to hold on to. She’s still got her whole life ahead of her—she just has to keep living it. If he can convince her of that, nothing her father might do to him will matter. 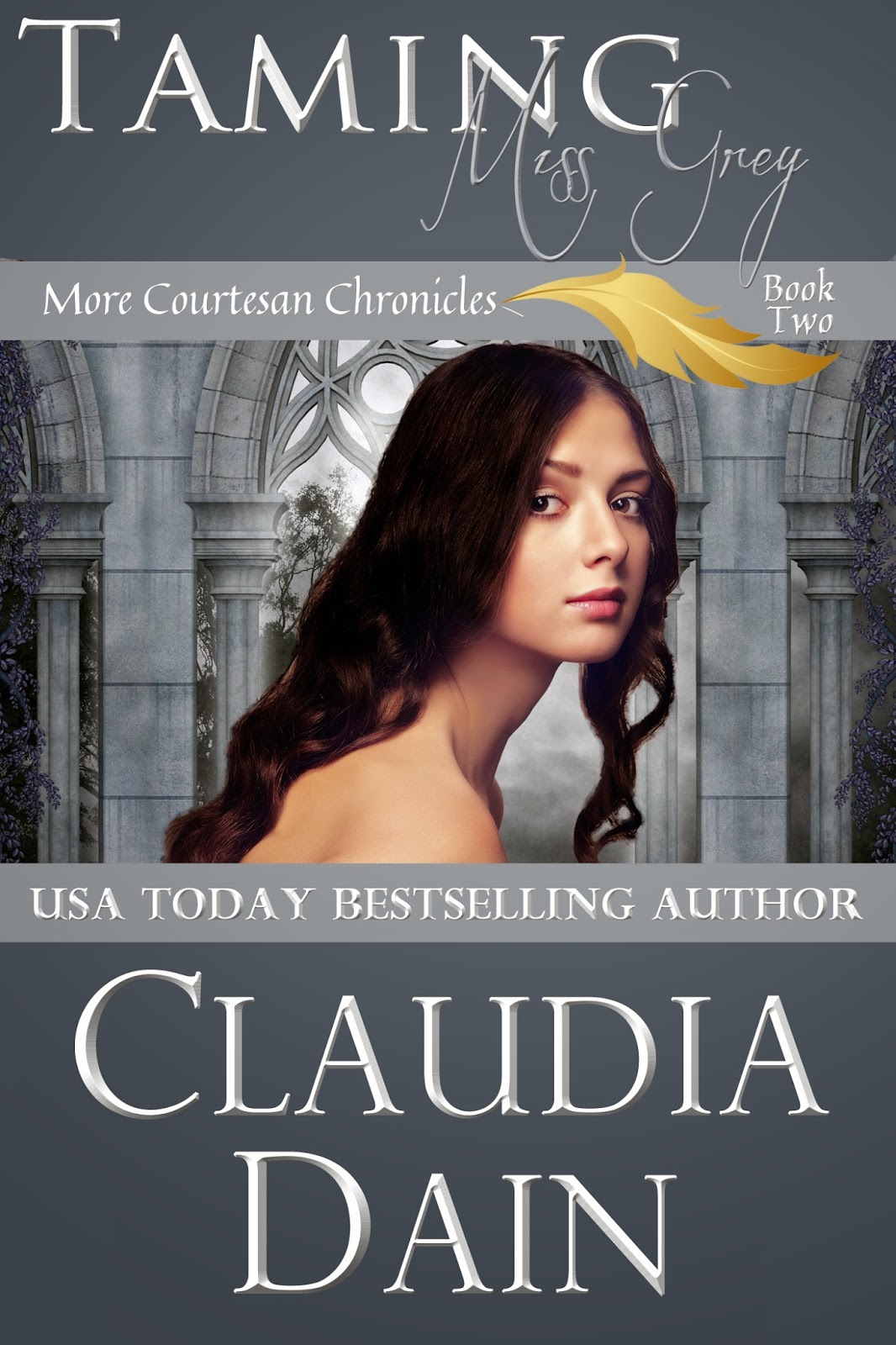 Miss Elizabeth Grey is an Iroquois maiden, though there are rumors in London regarding her maiden status. What is not at all in doubt is her relationship to Lady Dalby (her aunt), her feelings about England (she hates it) and her fascination with Lord Raithby. Of course, being a savage from the wilds of upstate New York (to quote Raithby's father), she reveals her fascination by first kissing Raithby and then snarling at him, and then kissing him again, and then coldly rejecting him.

Raithby, for his part, is equally fascinated by Miss Grey, much to his father's alarm. Miss Grey is not countess material. Everyone agrees about that, especially Elizabeth Grey. Even Raithby has to concede the point. When he thinks about it. Which is seldom. He can't seem to remember anything of importance when staring into Miss Grey's shining black eyes. Whether her eyes are shining with humor or loathing, whether she will kiss him or pull a knife on him, he can never quite determine. But he means to find out.