It was an eventful night at LJS RDU!  We lost two directors to illness, we had tornado warnings, the power went out (only briefly, thank goodness, especially since it stayed out a block up the street!)  But someone was smiling on us, because the lights stayed on, our three wonderful readers all made it safely, our delightful attendees braved the wind and weather and we had a great night! 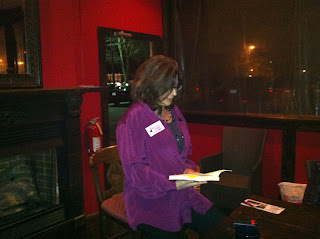 Heather McCollum not only read from Captured Heart, but she taught us to make tinctures and poultices and brought her own Highlanders to be doctored!

And we were thrilled to welcome Lady Jane's Salon founder Hope Tarr, who read from Operation Cinderella and brought along her audio publisher from Audio Realms. 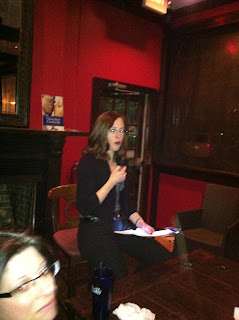 We were also thrilled to welcome a representative from our new charity SafeSpace and donate a gift for their silent auction.  We sincerely hope it helps in their mission to help women and children who are victims of domestic abuse. 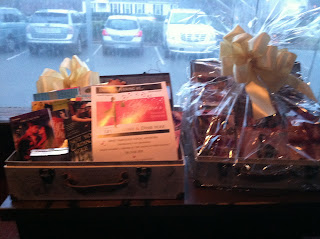 Thank you all, for a wonderful night! 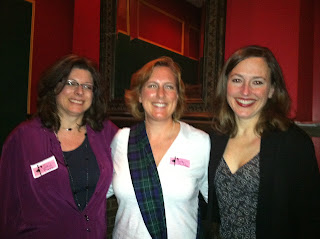 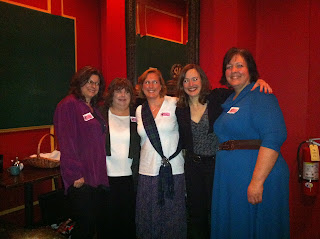 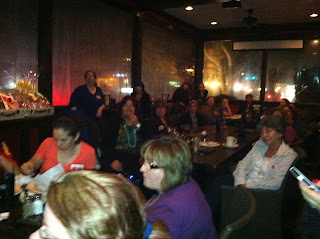 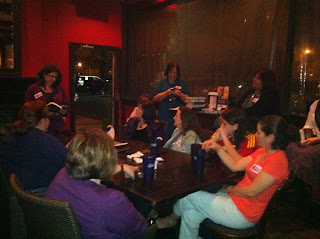 Posted by Deb Marlowe at 4:23 AM No comments:

A Brand New Year at the Salon...

Welcome to a brand new year at Lady Jane's Salon Raleigh-Durham. We are excited to share another year with the area's romance lovers.

Wednesday January 30th, we are happy to present: 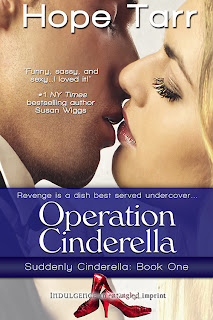 HOPE TARR, one of the founders of the original Lady Jane's Salon in New York City. Hope will be reading from OPERATION CINDERELLA, the first in her new Suddenly Cinderella series, in which three unlikely Cinderellas are helped along by uber-cool fairy god friends and princess-worthy red stilettos as they meet their matches in these contemporary re-tellings of the classic fairytale.

Magazine editor Macie Graham always gets her story—and she needs dirt on smokin’ hot radio personality Ross Mannon. After he trashes one of her articles, she goes undercover to get revenge on the infuriating Texan. Ross wants a housekeeper and role model for his teenage daughter. When the perfect woman shows up, Ross is relieved. What he didn’t expect was an attraction to his gorgeous, red-stiletto-wearing employee.

“Operation Cinderella” was a foolproof plan, but Ross proves he’s as perfect behind-the-scenes as he is in public—until Macie uncovers a secret that could destroy his reputation. Should she chance losing her job or the fairy-tale ending she didn't even know she wanted? 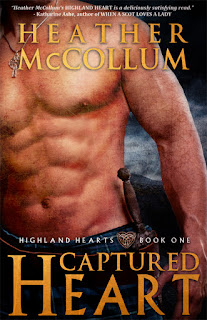 We'll also be welcoming back HEATHER McCOLLUM who will be reading from her latest release, CAPTURED HEART, the first in her new Highland Hearts series.

Fleeing with only her bow, horse, enormous pet wolf, and the cryptic clues hidden in her mother’s medicine journal, healer Meg Boswell gallops north toward freedom, running from the man who falsely accused her mother of witchcraft. Cursed with magical healing abilities, Meg knows that if she’s captured, she will die like her mother - atop a blazing pyre.

Winter winds rip across the Highlands, pressing Chief Caden Macbain forward in his desperate plan to save his clan. He is not above using an innocent woman to bargain for peace if it keeps his clan from starving. But Meg isn’t who Caden thinks, and he must choose between duty and her life. For although he captured her to force a peace, Meg's strength and courage have captured Caden's heart. 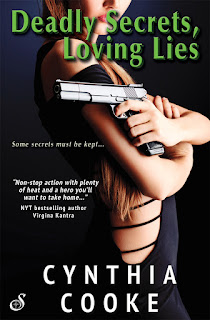 And finally, CYNTHIA COOKE will be reading from her latest release DEADLY SECRETS, LOVING LIES.

Family secrets must be kept, and painful wounds must be ignored.

After an all-out assault by a vicious terrorist bent on destroying her entire family, a former government agent must break the strict rules she has always lived by when she emerges from hiding to reluctantly accept the help of her all-too-sexy ex-lover. Running a deadly race against time, they rush to rescue her kidnapped sister, find her missing father, and bring the notorious villain to justice. But nothing ever goes as planned. Bullets fly, danger abounds, and their passion reignites even faster than the lies are flowing. But their stubbornly held secrets just might spell the end of their rekindled love and hopes for the future...as well as their very lives.
Posted by Ava Stone at 12:30 AM No comments:

Hello and Happy New Year to you all!

The directors would like to let you all know about a change we are making with our charitable donations.  In our first year we were beyond thrilled to raise over five hundred dollars for the Duke Cancer Institute, donated in the name of Heather McCollum and her Shout Against the Whisper Campaign against ovarian cancer.  We also donated nearly one thousand books to the Wake County Library System.

Several months ago, we were made aware of the good works done by North Carolina Safe Space, Inc.  One of their representatives came to Lady Jane's Salon RDU.  She invited us to visit their operations and see for ourselves the very important services they offer to women and families in North Carolina  affected by domestic violence.  We were amazed at how much they do and we are proud to say that we are going to donate the books collected at Lady Jane's Salon RDU to fill the shelves at their shelters.  We are also planning some other ways to help, so if you are interested in participating, please contact us!  You can also visit their website at http://www.ncsafespace.org for more information.

Our first project is to donate a prize for Safe Space's Silent Auction fundraiser. We would love to have autographed books as part of this prize.  If you are an author interested in helping, please contact us!

We thank you all for your support and look forward to doing more good as we celebrate Romance in North Carolina!
Posted by Deb Marlowe at 1:38 PM 1 comment: